Skip to content
The weight, that is.
I’ve been asked for a few tips on weight loss. I’m down nearly 15 pounds now, by the way. And I’m anti-diet, so if you’re asking me to tell you to gag down smoothies for a month you’re in the wrong place.
See, I love food. I love food too much to be ‘just friends’. Let’s face it – most of us do. So it winds up as a love/hate relationship. We take breaks. Then we sob into a brick of cheese or a bucket of ice cream and we’re back together. But it’s not a healthy relationship. Every relationship needs to be a healthy one, and whether it’s a man or a box of ding-dongs, you shouldn’t be obsessing, over indulging, or spending All Your Time Together. Tis just not healthy, ladies! 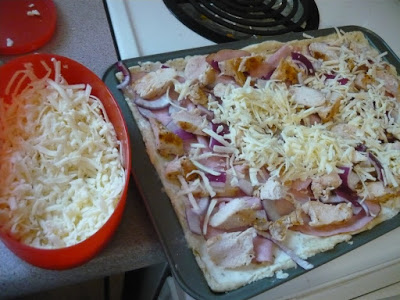 How can something so wrong, taste so right??

So, first of all, I try to excercise half an hour a day. Don’t tell me you don’t have time, you’re full of it. You’re full of it and you know you’re full of it. I’m sorry, if you’re reading my blog right now, I’m pretty sure you can eke out a few minutes SOMEwhere. 😉 Don’t feel bad, I used to lie to me about it too.

And honestly, I don’t excercise Every Day. I *try* to. If it doesn’t work out that day (ha ha) then I move on and try again. Seriously, people, get over yourself. And get over excercising. It should be like brushing your hair, you try to do it every day, but if you throw it up on a pony one day because it’s hectic you don’t sit there either brushing your hair all night until you hate your hair, or cutting your hair off altogether. I was going to say brushing your teeth but that would be like admitting that I sometimes don’t brush my teeth with my SAHM-self and i TOTALLY NEVER DO THAT.
So, tangent. Wow, okay, so a sidenote here, I’ve been described thusly : She does have a train of thought, it just jumps the tracks a lot. NOBODY WILL ARGUE.

Okay, so. Try to excercise every day. Even if you’re just doing step while watching TV. I don’t care if you don’t think step is real excercise, is sitting on your ballooning patootie real excercise? Yeah, that’s right. I thought so. Don’t argue with me, I’ve lost 15 pounds. (I try to workout during naptime, for at least half an hour)

The other thing, with the eating. Try to eat more vegetable matter than anything else. And drink a gazillion glasses of water. If you’re hungry, drink a glass of water first, wait a few minutes, THEN maybe eat.

Also, don’t buy snacks. I don’t care if your kids whine, tell them to suck it up and eat a broccoli. Just kidding, I do have a snack jar for my daughter. Buy snacks for your kids that you don’t like yourself. Or even better, if you have the time, make them. But, I have the time and I sure have that jar of gummie bears, so no judgements here. But I also have super healthy muffins made with applesauce instead of oil. Just sayin. I mean, go ahead and pick up a bag of chips for movie night. But don’t buy them with your groceries. THEY ARE NOT GROCERIES.

If you start off by eating more vegetable matter than anything else, and eating your veggies FIRST instead of LAST, you will find that eventually you’ll start eating less. Or at least, I did. Except last night when we had pork roast, and I had NO VEGGIES. and enough pork roast to feed a small family. WITH GRAVY. FATTY, FATTY GRAVY. MMMMM. I love food. Did I mention that? But, hey, I let myself have a little date night with it from time to time.

So, that’s about it I think. To be more specific about my workouts, I use the Wii Fit. I like something that feels like its sorta game-like. I’m ordering a salsa dance workout video as well, just for funsies. And I try to go for a 3k jog/powerwalk twice a week. Which has happened twice ever, before I sound all athletic-like.

You should also know, I’ve been the fat kid since I was five. I don’t blink and lose weight. I have always had to work for it. In the past that has involved living off of coffee and oatmeal and other such stupidities. But I am a MOM now. I can’t be sitting there staring off into the land of the stupid because I’m starving myself for a jean size. There’s a two year old sitting here who needs to be fed, clothed, and not allowed to stick things into electrical sockets.

I lost those 15 pounds over at least six months. It’s gradual but I am pretty sure it is for LIFE. I am looking better, and I am feeling better. 15 pounds ago my doctor wrote me a perscription for a weightloss pill. I’m 22, what a kick in the ass that was! (It’s magneted on the fridge, if you’re curious. Girl, we don’t need fitness trainers and diet plans here in Manitoba. That’s not how we do. DIYODS.)

Oh, and one more thing. Buy spanx and a good dress. You need to feel like the hot mama you are, no matter what your size. Work it, mama!